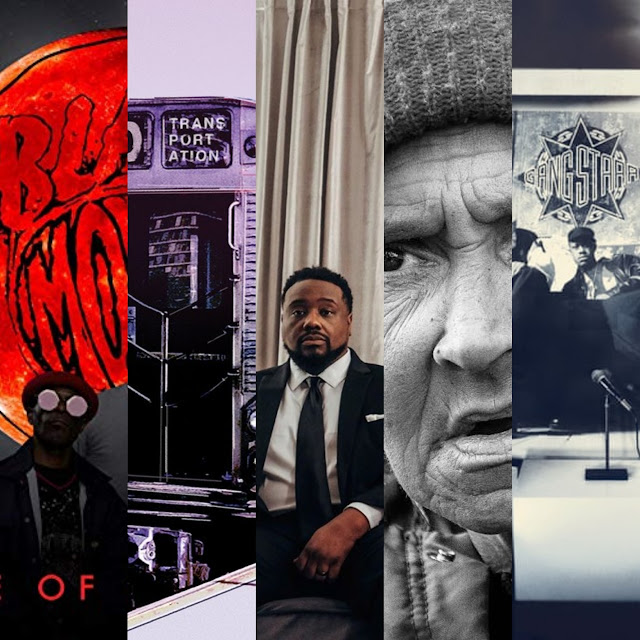 Concluding our list of our favourite Hip hop albums this year, here are five more releases that shined brightest in 2019, including fifteen honourable mentions.

Gang Starr, "One Of The Best Yet"

Though Guru died in 2010, DJ Premier avoided the usual pitfalls of posthumous releases, unexpectedly dropping a consistent body of work and against the odds, it reinvigorated the group's discography without resting on nostalgia. A suitably rugged farewell to the late great Guru and an emotional addition to the pioneering group's legendary career.

The first major group release from tireless, hardcore rap technicians Westside Gunn, Benny The Butcher and Conway The Machine, remained making the case for the Buffalo based rappers as vicious, creative and vastly undefeated. "What Would Chine Gun Do" was a restatement of their core principles, recited in the hallowed style of street scripture.

Little Brother, "May The  Lord Watch"


Little Brother returned for their first album in nine years (second without 9th Wonder) and turned a comeback story into more of a claim to their legacy. Featuring throwback production and lyricism reminiscent of the best of their earlier work, Rapper Pooh and Phonte delivered one of the years most consistent bodies of work with a true brotherhood shining through.


Your Old Droog's second album this year delivered a fresh concept during the decline of the LP in the streaming age. The Long, Graffiti lined road to this album was poured into the projects creation with each track seeping into their own journey and decent into New York City.

The timeliness of ‘Rise Of Da Moon’ can’t be understated , nor could it have been predicted. Similar to Little Brother, Black Moon came through with a comeback album that stayed loyal to the values they have long supported. For their first album in 16 years, Buckshot, 5 ft and Da Beatminerz stuck to their formula with an album that reminded us what made them 90's Brooklyn Boom Bap titans.