Five Things You Didn't Know About "Hard To Kill" 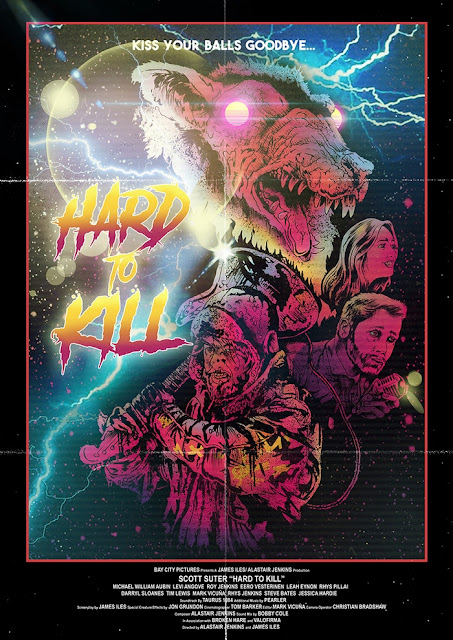 "We were going to just shoot all of the Finland based action, which is how the story began and then as more crew got involved we started to feel that we really had the resources to show more of Troy's character and where this guy comes from. After that it evolved into a longer story, which we were really, really thankful for the opportunity to do, but it also meant that the film grew in length, which made it very difficult to get into festivals, which is something I only learnt through doing this. On the one hand I was thinking "bloody hell, we're managing to put together a half an hour film but on the downside of that it's been hard for festivals to schedule the film. So it's great to have the opportunity to get to show it to audiences like this Saturday's at Fractured Visions".

"We used fire for some of the scenes to basically to keep ourselves and especially Scott (Suter) alive as much as for the look of the film. Some of the days we were shooting it went down to about minus 23 at night, so fire was a real necessity for more of the film than we planned. We went through a hell of a lot of fire wood"

Strangers would watch from the forest at ungodly hours

"While we were shooting we had all of the lights basically facing around the fire place at one point. The forest around the fire was completely blackness. We were in the middle of nowhere and when things went quiet every once in a while we heard that there were actually people watching us! I don't know how far they travelled and they weren't answering us but we could hear people sort of muttering in the forest and watching us. It was kind of a weird feeling and a sort of strange shoot that night. Everybody's a bit delirious from being up all night anyway and you just think that you're imagining it. I want to say that they were neighbours but the nearest neighbours must have lived a good mile away, so I think the sounds and lights of the shoot kind of drew them like moths to a flame."

"We didn't have any hot water, so taking what I'd call a shower every morning with a cold bucket of water standing in snow was quite an experience"

"It was quite a tough final shoot, especially for Scott and people will understand that after watching the film. It was really gruelling on the last night and we finally went back inside the cabin where we were all staying to check our phone, and Jon (Grundon) who had built the puppets while we had been in the woods putting Scott through hell had just had his first daughter. It was quite a nice end to the shoot! That was the end of the Finland shoot and then we did things in reverse and came back to Wales to shoot all of the proceeding action." 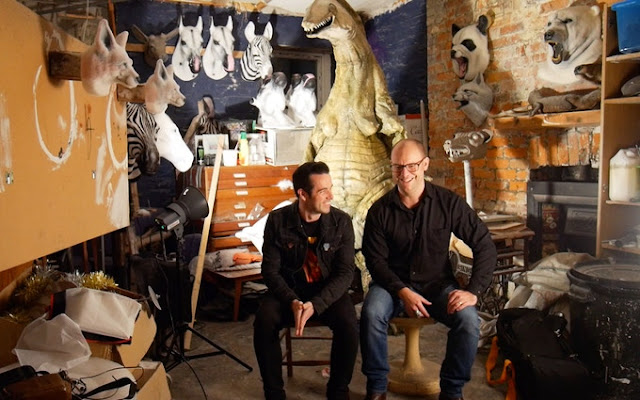 “Hard To Kill” is showing at Chapter Saturday 7th as part of Fractured Visions “Fulci For Fake” double bill.