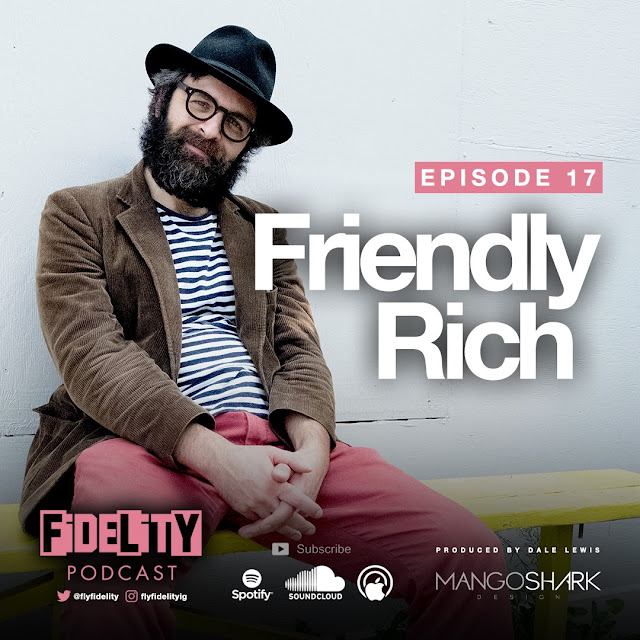 With an upcoming album this month, the self-described "mad composer", Friendly Rich, discusses his humble beginnings - the making of "A Muffled Snore" - the universal appeal of comedy - and more - including scoring 3 seasons of MTV's The Tom Green Show! Listen to episode 17 of The Fly Fidelity Podcast below:
SPOTIFY: https://spoti.fi/3uo0oLw
APPLE: https://apple.co/3rV9Rby
SOUNDCLOUD: https://bit.ly/3wtHIeT
Art direction by Mango Shark.