Showing posts from October, 2019
Show all

A Face Melting Interview With Everything Is Terrible! 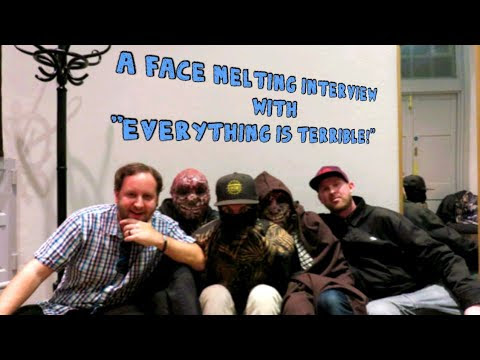 L.A. based found footage collective Everything Is Terrible has spent over the past decade turning the "worst" VHS tapes into internet gold. Between making films and doing countless live tours, they have amassed a collection boasting more than 25,000 copies of Jerry Maguire VHS tapes. Fly Fidelity and The Table Read talked to Everything Is Terrible during a rare UK tour run to discuss their Great Satan live show, the video nasty 80's controversy, their on-going quest to build a Jerry Maguire pyramid and more!

We sat down with the co creator of Boglins, Tim Clarke, for a feature length interview about his plans to re-release the original globally beloved and game changing 80's toy puppet, his memories working for Jim Henson on Muppets, The Dark Crystal, Fraggle Rock and more!
Post a Comment
Read more
More posts