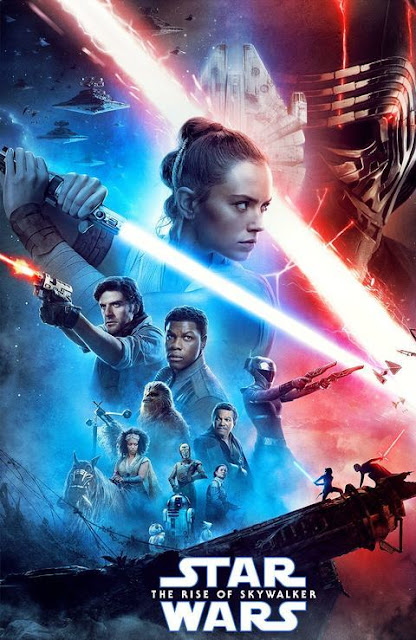 JJ Abram offers a loving conclusion to the Skywalker trilogy whilst paying homage to the vision of George Lucas. Check out our review!

As the decade comes to a close, another long-running saga has reached their finale, leaving fans to wonder how it will all conclude. This time, we're saying goodbye to the Skywalker Saga, which is the name given to the main films which drove the Star Wars franchise since 1977. Returning to the franchise he brought back to the big screen just 4 years prior, J.J. Abrams is given the weighty task of wrapping up this 42 year long saga.

It's difficult to delve too far into this film, as a minefield of spoilers lies ahead of any discussion. What can be described is that the Resistance are readying for their final showdown with The First Order, led by Supreme Leader Kylo Ren (Adam Driver). On a quest are last Jedi standing, Rey (Daisy Ridley), ex-stormtrooper, Finn (John Boyega), and Resistance commander, Poe (Oscar Isaac), intent on finding the key to persevering against the domineering dictatorship.

At it's core, you're getting a Star Wars film through and through, as hopeful messages are depicted about people making a change for the better, against an oppressive regime that regularly commits atrocities as though they're no big deal. This time around, it's been brought alive through a swashbuckling adventure, driven by video game style missions which lead into the next one, to seemingly elongate the running time.

There's a breadth of ideas lying within the screenplay by J.J. Abrams and Chris Terrio, perhaps too much for this one film. So many interesting ideas have been crafted, but they aren't given the necessary room within this 142 minute feature, leaving so many of them to fall by the wayside. This also applies to the numerous characters introduced here, whose lacking screentime leaves them feeling unneeded, and they could've easily been excised from the final product. Take Naomi Ackie's Jannah, she's one of the more interesting inclusions, but there's not enough room for her story to satisfyingly develop. That's more than can be said for Keri Russell's Zorii Bliss, whose largest contribution is to divert Poe's romantic intentions away from Finn.

Considering how The Last Jedi broke the internet, and caused wars within the fan-base still felt to this day, a large question mark was on how Lucasfilm would persevere forward after all that. The answer seems to have been by back-pedalling pretty hard, effectively undoing the groundwork which Rian Johnson laid down, in a way which feels disrespectful to the writer and director. But it doesn't just go back on what the previous film did, but lays down a number of interesting developments, before they're taken back at breakneck speed. Just 2 years ago, you could feel Johnson's stamp on the franchise, pushing it into brave new places with a readiness to subvert expectations. This time around, it feels like reactionary fan-fiction, with little room for its own identity.

But what's most disheartening is the treatment of Rose Tico. She made for a wonderful new inclusion in the prior instalment, and this time, she's sidelined for the majority of the film, and for no good reason. Considering how Kelly Marie Tran was the target of such vile abuse from hateful bigots, it leaves a bad taste how she's essentially hidden for the majority of this film.

No matter what issues there may be here, it's worth commending the talents of this franchises new stars. Daisy Ridley, Oscar Isaac, John Boyega, and Adam Driver, have done fantastic work in their roles, breathing life into characters who deserve to be long remembered as iconic, like so many Star Wars characters have been before them. Whether we see any of them in the future is uncertain, but with spin-off films and Disney+ shows looming on the horizon, the Star Wars franchise is far from over. But the twin suns have set on the iconic characters we began this franchise with, and such a culmination to their story unfortunately feels lacking, and rather hollow.