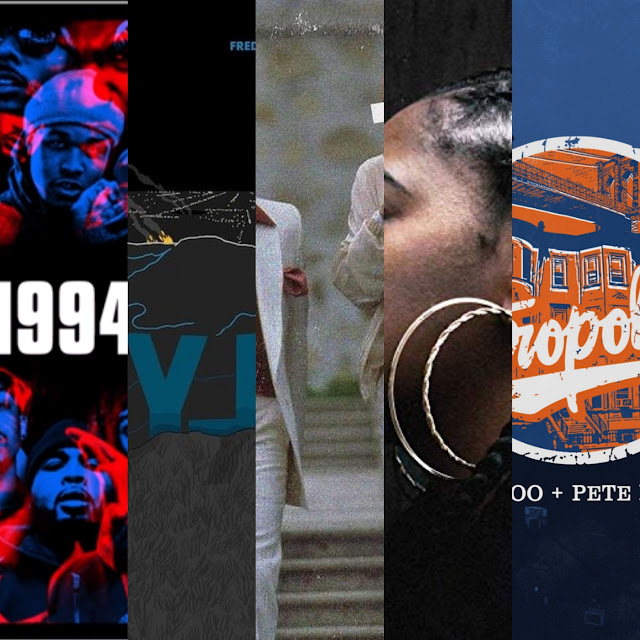 From "Retropolitan" to "Eve", these are five of Fly Fidelity's favourite albums of 2019.

Even if you don't need another reminder that these albums are great, there is guidance, affirmation and more to be found in this list.  Did any of your favourites make the cut?


Skyzoo and Pete Rock took a stand against gentrification and cultural turns with "Reptropolitan", an album that boasted bars and beats that felt both fresh and lived-in. The result was an album by, of, and for Brooklyn, imposing the hopeful notion that it will never change, no matter how much it has.


It was worth waiting for "Bandana". The oft delayed second project from Freddie Gibbs and Madlib was a victory that extended the philosophy of their debut album, 2014's "Pinata". Reliably dusty and obscure, the ever prolific Madlib provided the perfect accompaniment to Gibb's vocal precision.

Benny The Butcher, "The Plugs I Met"


The grimy and ever reliable Benny The Butcher capped off the decade with two projects (one of which his major debut with Westside Gunn and Conway), his skill and authority on "The Plugs I Met" was so strong it was like listening to a director’s commentary without ever seeing the movie.


Rapper and producer 38 Spesh is a devoted student of NYC 90’s rap, so much so that he dedicated his last project to 1994, a milestone year in hip hop that marked it’s 25th anniversary this year. Over the last 18 months, the Rochester native has made the leap from top prospect to hip hop elite. On "1994", he assembled a stellar line up for an eminently quotable and refreshingly witty display of lyricism over his unique production.


Rapsody's tribute to black women is arguably her most consistent, impactful and most emotional statement to date. With it, the North Carolina based rapper has put the entire genre of Hip hop on blast and has set a standard to previously unseen proportions. Game changing!