Review: Benny The Butcher 'The Plugs I Met' 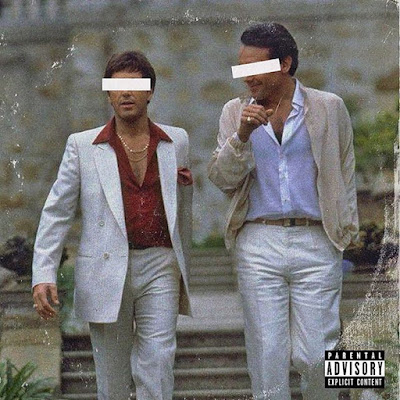 Benny (aka Benny the Butcher) is not one that is for the meek. He does not glorify the streets to impress his peers. Nor does he do music to impress women and stans. Benny does the music to make an impression. And he knows that impression will lead to full pockets and fulfilled promises. And the promise Benny concerns himself with is the promise he has made to himself and his family.

Yet, Benny has reached beyond promise; he has offered production. Tana Talk 3 was considered one of 2018’s best albums. His verse on “Gigi’s” from Hitler Wears Hermes 6 was a pure show stealer and momentum producer. At this point, fans have been inquisitive as to what came next. All the questioning has led to “The Plugs I Met”, a seven song opus of Benny solidifying his repertoire of hard rhymes and impressing hip hop legends.

After listening to the entirety of this project, Benny hasn’t lost his focus or his hunger. “Crowns For Kings” takes a nifty flip of an Al Green sample and lets Benny go toe to toe with Black Thought. Never to be outshined on any track on here (majority have rap features), Benny states “This marathon shit, so let's see who first to the finish/If it's less than a hundred racks, it don't deserve your attention/'Cause burdens come with it, my second test was servin' a sentence/My first was make a brick jump like it was hurdlin' fences”. The same can be said for his rhymes with Pusha T on “18 Wheeler” as he notes that “We don't do no price talk 'cause I already know they numbers/Plus me and your old connect was tighter than them Dolce runners/First time I ever cooked a deuce, I got a four-way from it/Stabbed it in the pot so many times they think OJ done it”. And the production by DJ Shay, Alchemist, Daringer, and Beat Butcha doesn’t allow him to ever slack off. With the surrounding context and players on this album, Benny seems to be sharper than expected.

In summary, Benny The Butcher made “The Plugs I Met” to prove a singular point: he can still go hard with the dope dealer rhymes. At this point, he is not stale. Nor has his ear for production became lazy and tainted. Many may have wondered what could be next for the Black Soprano Family leader. However, all people should wonder now is whether he can become greater than he already is.


Written by Mark A. Harris (Darcwonn)