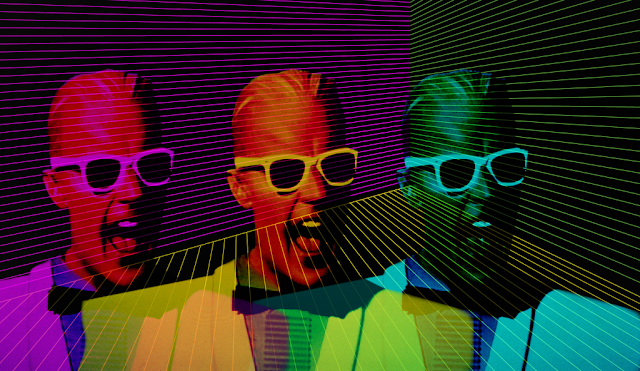 It’s November 1987. For the first time since 1979 the unemployment rate has dropped below 6% in America. It hasn’t even been a month since Reverend Jesse Jackson launched his second campaign for U.S. President and outside of ABC News’ Charles Glass escaping a 62 day Lebanese kidnapping, TV is dominated by one-hour dramas, detective shows and sitcoms that reflect the country’s rapid shifting values. However, much like the rest of the world, Television is starting to develop different patterns exampled by content and it’s hold that cable networks are assuredly now having on American audiences.

Across the pond in Great Britain there were different happenings. The Archbishop of Canterbury’s envoy Terry Waite had recently been kidnapped in Lebanon. The countries political event of the year was the re-election of Margaret Thatcher. Acid House Raves spread and Sylvester McCoy had just become the seventh actor to play the Doctor in the long-running TV show “Doctor Who”. A show in which whilst a long mainstay of British popular culture also has a history with US fans who first met the time traveller on PBS.

Due to increasing competition brought on by the proliferation of cable networks in America, talk shows and "tabloid” news shows seemingly expanded further frank or sensational on-air discussion of sex. This caused the hypnotising of audiences nationwide. Thus, the landscape of television was in need of a change. It was through another established British-produced science fiction television series, namely, “Max Headroom” that birthed US network television’s very first cyberpunk series.

I spoke to co- creator and director of “Max Headroom”, Rocky Morton, to reflect on the now infamous signal intrusion in Chicago, Illinois, and the impact of the worlds first computer-generated TV host and media rebellion today.

On the speculation that the “broadcast signal intrusion” on Chicago television was staged:
The incident on WTTW in Chicago was real. Somebody managed to hack in to the network signal dressed as Max Headroom and came on during a broadcast of “Dr Who” ranting. He didn’t last long but that happened. It’s true.
On the inspiration behind creating Max Headroom and it’s influence online with virtual activism groups such as Anonymous:
It was a biting satire based on biting the hand that fed it. The closest character out there to Max Headroom is Stephen Colbert! He has the same sensibility in that Max was pretending to be the classic right-wing White American, but our values were in fact the opposite of that. In my book Stephen Colbert is the modern Max Headroom.
On Eminem paying homage and crediting Hip hop and rap music in it’s earliest incarnation for taking the ethos of Max Headroom and presenting it's ethos to a wider audience:
I thought Eminem paying homage to Max Headroom in “Rap God” was very flattering and I thought he did a great job! He was the perfect person to do it. I have always believed that Hip Hop has been very important culturally in the way that artists express themselves and get through the quagmire of crap that exists.
On the initial reaction of Max Headroom from corporations and the public:
They didn’t really get it. It was so far ahead of it’s time that they didn’t really know what was going on. A lot of people misunderstood where he was coming from. Much like Stephen Colbert being mistaken for being right-wing in the beginning of his career, Max Headroom was mistaken for the same thing, even though the statement was the opposite of what the image was saying.
On people seeing Max Headroom as an attack on civil values:
Yes! It was a post Punk attitude of saying that the establishment have got it all wrong and Max Headroom was the icon of the establishment. That was the statement and it was a diliberate mixed signal.